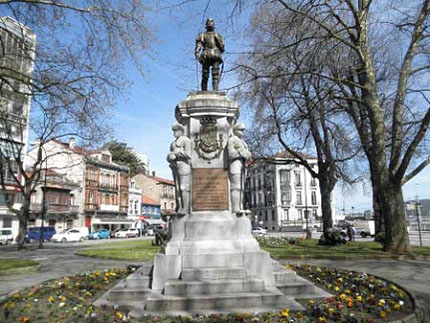 Posted at 06:23h in Annotations by admin 0 Comments
0 Likes

The neighboring council of Avilés, we have it just 10 minutes (by car) from our rural house.It is located in the northern center of the Asturian coast, with an area of ​​25.34 km2, and a population that reaches 81,000 inhabitants, when just over a decade ago it exceeded 86,000.Although, it is one of the smallest municipalities of Asturias, its greatness goes back to the Middle Ages, being in those times the second city of the Principality.

Avilés, is a cozy place to visit and stay to know its historic center, parks, industry, gastronomy, history, characters …

When speaking of personages, it is forced to do it of Pedro Menéndez de Avilés, born in this town the 15 of February of 1519, dying in Santander the 17 of September of 1574. Known military, marine and governor of the Indies, conquering the Florida of San Agustín in 1565. At 35 he was appointed Captain General of the Fleet of the Indies by Philip II. At 46 he reached the maximum rank within the Spanish Armada. A series of statues “immortalize” him in the Parque del Muelle. 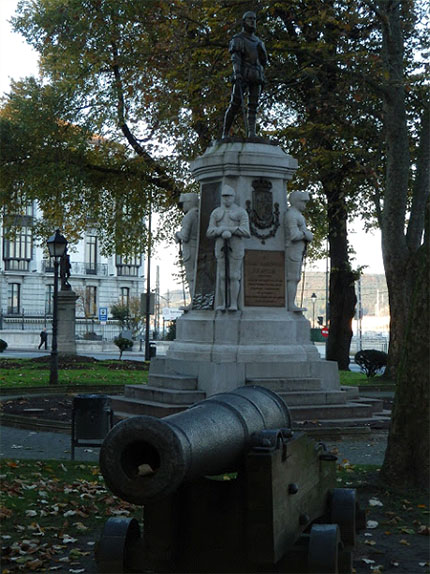 The park was designed by the architect Bausá. It is an area reclaimed from the sea at the end of the 19th century on old marshy land, originating the displacement of the port (of medieval origin) to the left bank of the estuary, being one of the symbols of Avilesian growth between the 19th and 20th centuries. It has an approximate extension of 14,0002.

Until the seventies it was the favorite place of social relation and recreational space of the avilesina people. On Sundays and holidays, at midday they were enlivened with concerts by the municipal band, in the modernist style musical theater (designed by Federico Ureña) built in 1894.

The park, it can be said that it is like a small museum of outdoor sculpture. It has more than a dozen works scattered around its gardens, some of them inspired by Greek mythology.

Sorry, the comment form is closed at this time.